My first (and probably only) track day of this year was a Bike Magazine “Reclaim Our Tracks” road bikes-only day at Snetterton 300. Really good day. Met a few good lads in the garage and the Daytona went well.

Biblical rain in the morning. The most sliding around I have ever done on a track day. Interesting how slidy one can get without actually binning it. Which would have been a pain since I rode there…

Dried up in the afternoon and so I enjoyed putting the hammer down a bit more. Not too many in the group – perhaps due to the morning’s weather – so plenty of clear track in between traffic.

The new Bridgestone T30 sports touring tyres I’ve put on for Winter seemed pretty good for both sets of conditions. Although, to be honest, I thought they might be less slippy in the wet than they turned out to be, so heaven knows what it’d have been like on the OEM Supercorsas. In the dry, no moments from the T30s at all, pushing to my own limits.

Bought a couple of photos from the dry sessions: 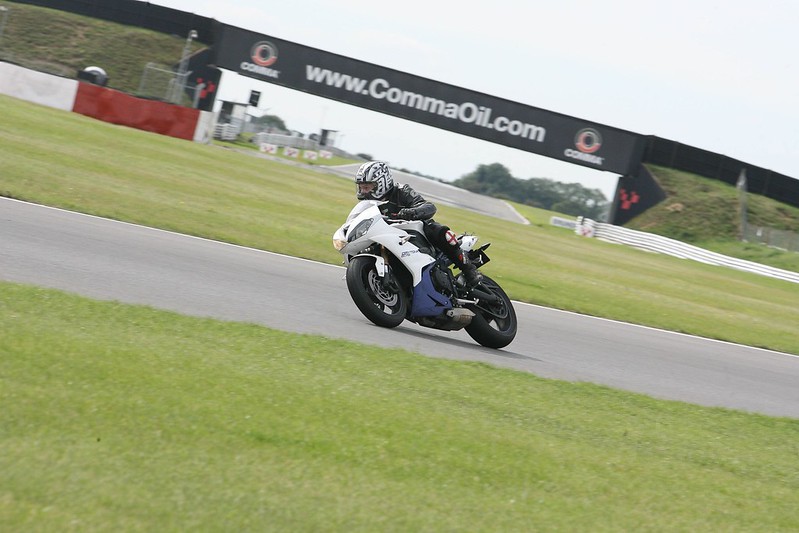 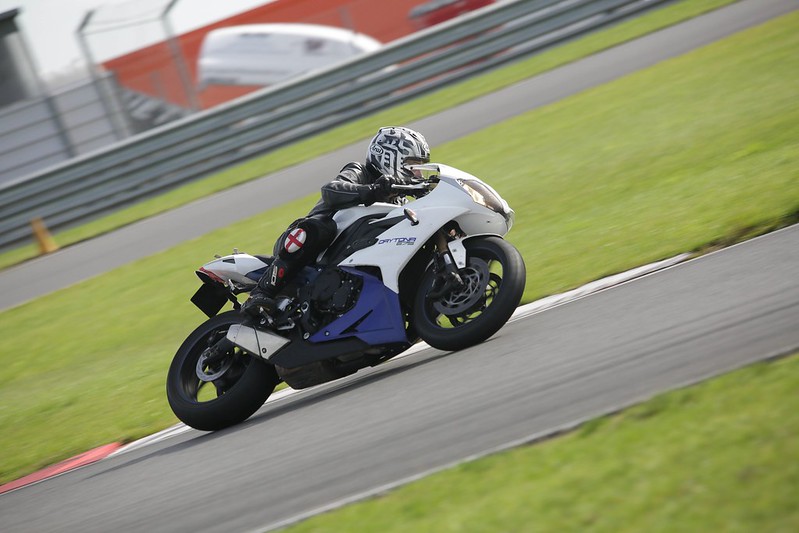 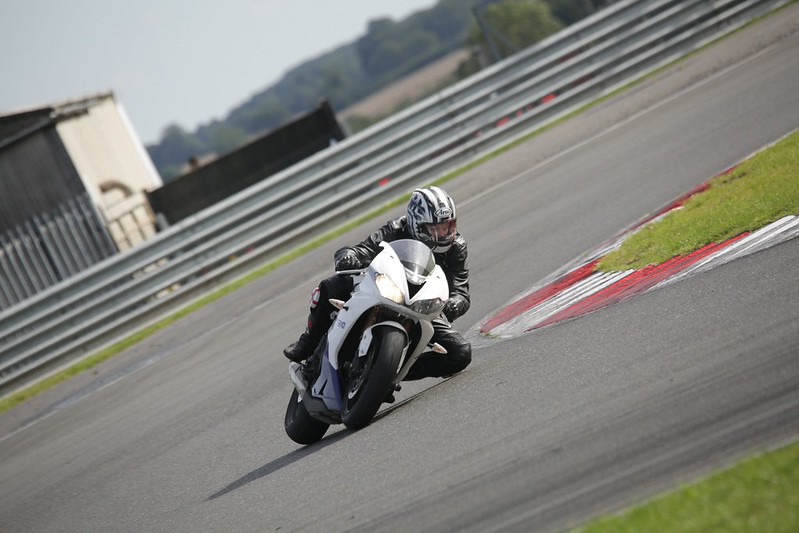 My current object of desire is the Ducati 899 Panigale and there were a couple of them out there, including Bike Magazine’s long-term tester. I had a word with its custodian and he didn’t have a bad word to say about it, so that was no help at all in talking me out of spending money on one! It also still looked great (in the white), despite 7,000 miles on the clock. It would be almost criminal to chop in the Triumph though – it is a fantastic machine and really went great around that track!

This entry was posted in Diary, Motorcycling. Bookmark the permalink.